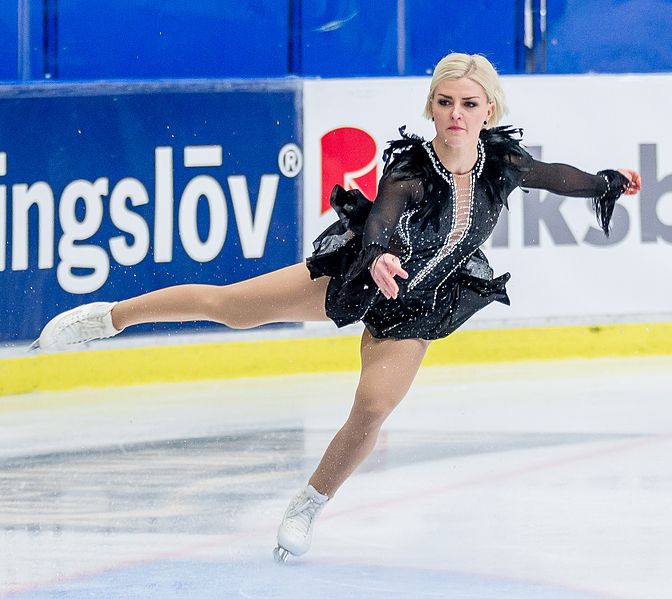 Figure skating is one of the most popular winter sports with spectators. The unbelievable athleticism of the skaters, their grace, the wonderful music and the exotic costumes combine to produce a dazzling spectacle that you simply can’t take your eyes off. There is also great potential for disaster as the competitors attempt increasingly difficult jumps and often fall. Drama generally ensues at the end of routines as the marks are announced and audience favourites appear to be marked down. The trouble is that skaters perform manoeuvres at such high speed that with the distractions of the artistry it is difficult for the uninitiated to detect errors in the delivery of the jumps.

Indeed it is hard enough for the audience to tell which of the six principle jumps a skater has performed let alone whether they have performed them correctly. The judges on the other hand know exactly how each jump should be executed and have the benefit of replays. What appears to be a great jump in the heat of battle could have been performed off the wrong edge. If you are confused about the various jumps here is a brief guide to help you recognise them.

Basically there are two kinds of Jump – those with a take-off using the toe pick of the skate for leverage and those using an edge. It is easy to spot a jump using the toe as you can see the skaters plant their foot. Edges are harder to see and more difficult to interpret as each jump has a specific edge which the skater must take off from. This is either the inside edge (the one facing the other foot) or the outside edge.  Some Jumps are landed on the same foot as the take-off and others on the other foot. All jumps land on the outside edge and their difficulty varies according to the other elements. The more difficult jumps score higher points. Here are the jumps in order of difficulty.

This edge jump begins on the back outside edge of one foot and finishes on the other foot. It is easy to spot if you look at the position of the skater’s legs as they take off and land.  A right footed skater will take off with both blades on the ice from the inside edge of the left foot which is behind their right and then land on their right foot.

The Loop is another edge jump. This time the skater takes off from the outside edge of one foot and lands on the same foot. The loop can be spotted by again looking closely at the position of the skater’s feet at take- off. A right footed skater will take off on their right foot which will appear to be close to and slightly behind the left foot.

This edge jump is the easiest to pick out as it is the only one which the skater enters whilst travelling forwards. The additional half a rotation required to land travelling backwards is what makes this jump the hardest to execute. Here skaters take off from the outside edge of one foot and land on the other foot.

You may have to watch the various jumps many times before you become familiar with them and it is difficult to focus on the technicalities when you are enjoying the artistry of the performance. The beauty of the presentation, the music and the gorgeous clothing can all be distractions making it really hard to focus on all elements of the skate at once. This is probably why it is common for an audience to be in raptures about a routine which the judges are not so keen on. The audience may miss the fact that an intended Lutz was delivered as a Flip but the judges see everything!