Pigeon racing is an engrossing hobby which can be enjoyed by men and women of all ages. You don’t need to be fit to participate but you must to be able to accommodate a loft for your racing pigeons and have the time and funds available to care for the birds.

The average number of pigeons kept in a loft is around 60. These will include mature birds, a team of younger birds and breeding stock. You will have to invest in the loft itself together with feed, floor dressing, feeders and drinkers. The loft can be located at your home or a suitable site elsewhere but must be secured from intruders.

The Racing Season in the UK

Pigeons are trained by their fanciers in the build-up to the start of the season. They should be exercised every day adjacent to the loft. Training can also involve taking the birds up to 30 miles away and releasing them. Fanciers will often get together for joint training runs so that they can share transport.

The RPRA has around 2500 affiliated clubs which usually have between 6 and 30 members.  Members race within their club but the clubs also join forces for larger events.  Races may involve thousands of birds which are released simultaneously from a specified point. They are carried there together in a transporter.

To enter a race, fanciers basket their birds at their loft and then take them to a Marking Station. Here the fancier must submit his race entry form which lists the ring numbers and sexes of the birds which are to be entered.  The fancier also has to provide a vaccination form to certify that the pigeons they are racing are vaccinated against PMV.

The fancier then submits each of his pigeons individually to the marking team where the ring number is checked against the supplied entry form.  The pigeon is checked for good health, a rubber band is placed on the pigeon’s leg and the bird is put into a crate designed to fit onto the pigeon transporter.  A typical transporter will hold approximately 5,000 pigeons. When the crates hold the required number of pigeons they are sealed with a security tags.

The transporter travels to the designated liberation site through the night.  The race controller at the club and the driver will decide when the pigeons should be released and their decision will be dependent on the weather.  It is not unusual for the transporter to wait a day or even two for the weather conditions to improve.  The security tags are cut and the pigeons are released. 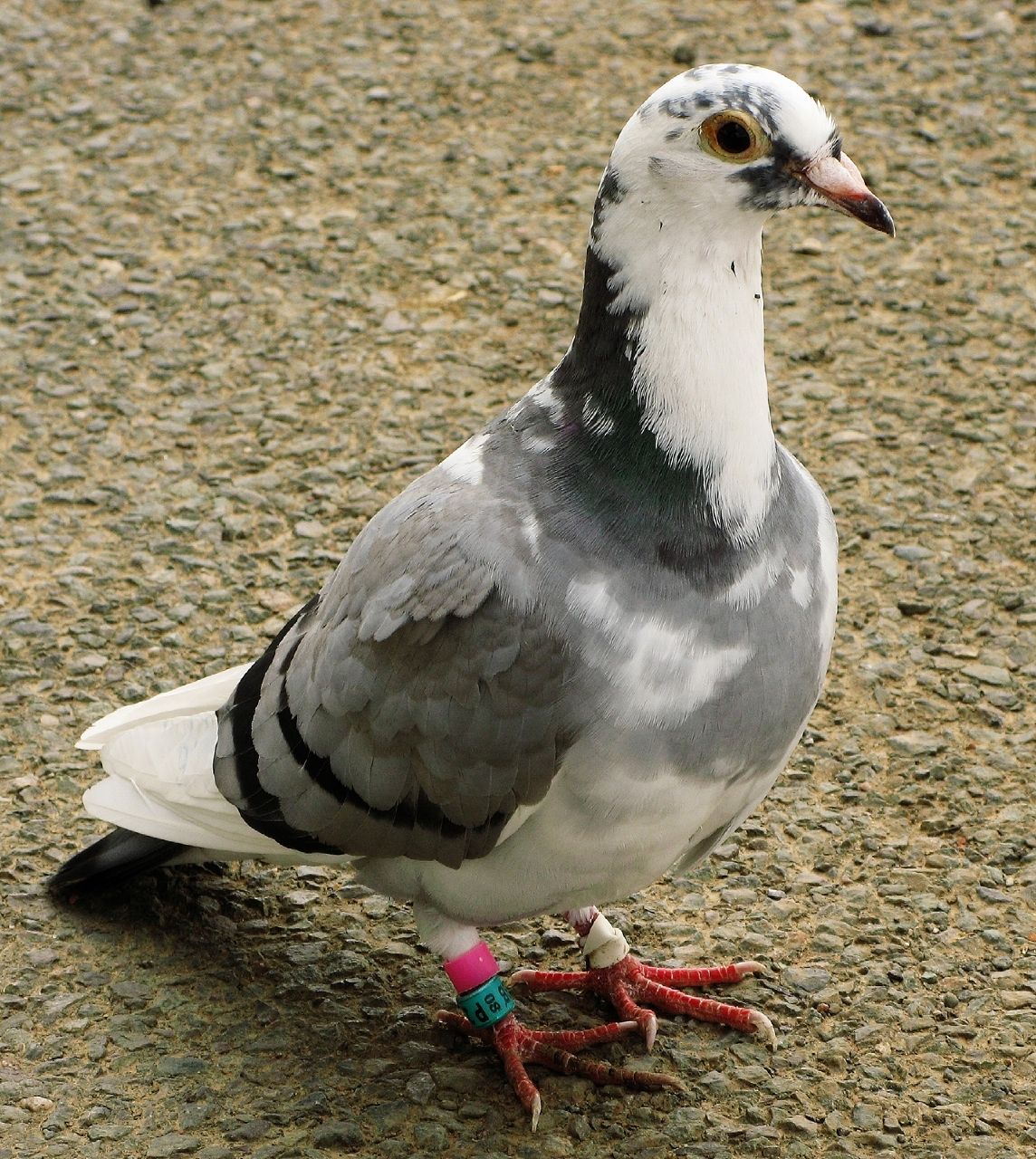 When a pigeon arrives back at its owner’s loft the band is taken from its leg and placed into a timing device.  The pigeon which has travelled the distance in the fasted time will be declared the winner. Racing pigeons are incredible animals which achieve amazing feats of navigation and speed.

Most racing pigeons will arrive back at their loft on race day but there will be stragglers and strays.  Any strays that are reported to the RPRA are returned to their owner within 48 hours from a member of the public, or 14 days if they are in the hands of another fancier.

Pigeon racing is a competitive pastime and that means that some participants will behave unscrupulously. Pigeons can be stolen from their lofts and lofts are occasionally vandalised or destroyed by jealous fanciers. Some enthusiasts have also been caught cheating in races.